Airbus developed the narrow-body, twin-aisle, single-aisle jet airliner known as the Delta Airlines Airbus A321neo (new engine option). It is a reworked version of the A321 model with new, more energy-efficient engines and Sharklets on the wingtips. Depending on the configuration, the A321neo can carry up to 240 passengers.

The A321neo LR and A321neo HR are Delta Air Lines’ versions of the Delta A321 neo, which have a greater capacity and can travel farther. The A321neo LR has a range of up to 4,600 miles, which makes it possible for the airplane to fly nonstop across the Atlantic. It can serve flights between Europe and the Middle East and transcontinental flights within the United States thanks to its range of up to 4,000 nautical miles (4,600 miles).

The new CFM International LEAP-1A engines, designed to be more fuel-efficient and produce fewer emissions, are among the A321neo’s improvements over the original model. Additionally, the Delta A321neo has wingtip devices that aid in drag reduction and fuel efficiency.

According to the seat map, the Delta A321neo Cabin has also been updated, with more legroom in Economy Class seats and larger overhead bins. In addition, the most recent in-flight entertainment and connectivity systems on the Delta A321neo interior enable passengers to remain entertained and connected throughout their flight.

Delta has been gradually adding the A321neo Delta seating map to its fleet to replace older, less efficient aircraft and expand its route network to new locations. Overall, the A321neo is a competent aircraft popular with airlines like Delta because it offers improved fuel efficiency, a comfortable cabin, and the most recent technology. 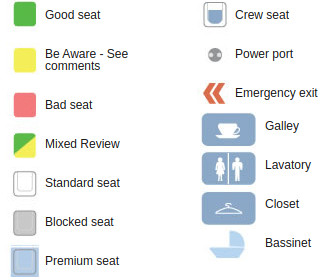 The best seats are the 20 First Class seats on the A321 neo Delta that have a lot of room to recline. The cabin seating arrangement carries four passengers in each row of seats 1A through 5D, and the IFE boxes in seats 2A through 5D take up a bit of space, creating less storage room under the seats.

There is more legroom for passengers in the first row of the Delta A321neo First Class seats because there is a bulkhead some distance from them. Due to the proximity of these first-row passengers’ seats to the galley and restroom, passengers sitting in them may experience minor inconveniences. 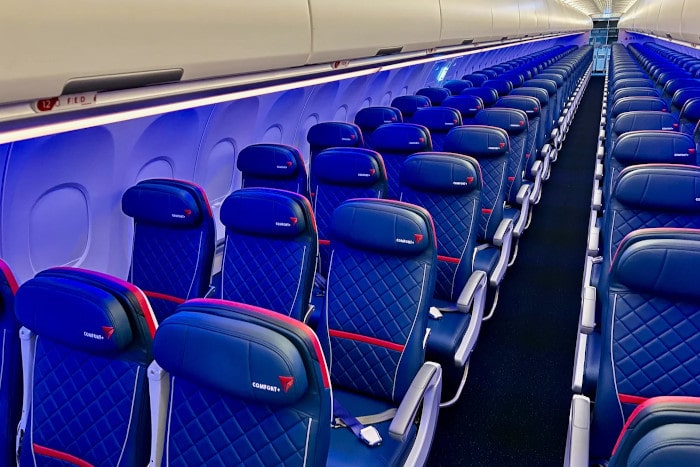 According to the Delta A321neo seat map, Delta Comfort+ seats can be found in rows 10 through 14. For 10A through 10F, 11A through 11F, and 12A through 12F, passengers sit in a 3-3 arrangement, with an exit row behind the seats. The first row of the seat selection in this cabin is too close to the bulkhead, making it hard for passengers to get up and stretch their legs.

Because the plane’s door prevents seats 12A and 12F from reclining, these positions may be undesirable. They are also windowless. In contrast, passengers in 13ABCEF can extend their legs into the exit row, making them good seats.

The Delta Airlines A321neo seat map for the Economy class features standard rows from the 15th to the 39th. There are no windows in the reserved seats 18A and 18F, and there is no floor storage beneath 14D.

The seats are configured with a pitch of approximately 31-32 inches. It is the distance between a point on one seat and the same point on the seat in front. The toilet is close to seats 24ABCD and 25D, making them slightly inconvenient.

However, the ones in the Economy cabin with the most legroom are 26DE and 27A because they have an exit row up front; these are the best seats in this cabin. The galley and toilet are behind the 39th row, the worst in the cabin.