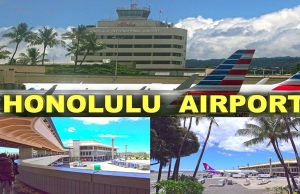 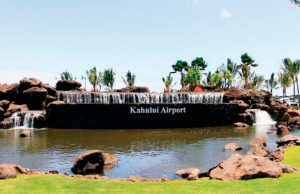 How Many Airports are There in Hawaii?

Though Hawaii is one of the 10 smallest U.S. states, its tourist sites annually attract millions of travelers, from around the world and the United States. There are 28 airports in Hawaii, 3 of which are international. There’s also a developed network of smaller airports throughout the Hawaiian islands where you can book commercial and charter flights as well as recreational activities like parachuting and hang gliding.
Though international airports in Hawaii are the busiest ones, they’re closely followed up by regional airports. Five busiest HI airports go as follows:

Hawaiian airports have a high passenger flow due to their developed tourist infrastructure and connections to many major U.S. and international airports. Each year, approximately 15 million air travelers enplane and deplane in Hawaii airports. Despite the fact that general air capacity declined in 2020, more weekly flights are scheduled in 2021, resulting in increased passenger traffic.

When you plan a trip to Hawaii, there are a few factors to consider in determining the duration of your flight to one of the airports in Hawaii:

Some of the eastern U.S. hubs like New York’s JFK airport offer direct flights to Hawaii. Such flights usually take about 10 hours. For many other states, however, the flight will be connecting at one of the airports on the West Coast (e.g. San Diego International Airport). This will add 1–5 hours to your trip.
Depending on your final destination, the inter-island trip can take 1-2 hours. The majority of U.S. flights into Hawaii arrive at the HNL airport, where you’ll have to take the local flight to the Big Island or another Hawaiian destination.
If you fly from the West Coast to Hawaii, there’s a chance to catch a direct flight to the Big Island from the West Coast hubs. A flight from LAX, SFO, or to one of the local Hawaiian airports will take about 5 hours.

Airlines at the Hawaiian Airports

Many major U.S. airlines have direct or connecting flights to Hawaii, including local airline Hawaiian Airlines. There are 7 full-service operators handling flights to and from HNL and other major Hawaii airports: