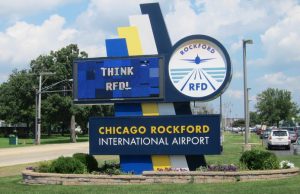 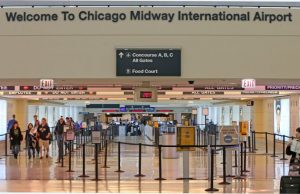 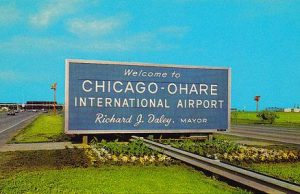 How Many Airports are There in Illinois?

There are 101 public and 359 private airports in Illinois and more than 750 aviation facilities across the state that provide connections between communities. The state has 11 airports that offer commercial flights. In total, all private and public airports have 4,800 registered aircrafts.

The biggest airport is Chicago O’Hare International Airport (ORD), which welcomes almost 40 million passengers annually, being among the busiest ones in the world. It has an on-time arrival performance of 77.22%, which is very close to the average one in the U.S.—79.99%. The on-time departure performance is a bit worse: 77.54% compared to the national average of 81.56%.

Airports on the Illinois map demonstrate that the smallest one in the state is Quincy Regional Airport (Baldwin Field) (UIN), with 11.6 thousand passengers per year.

Illinois has the country’s second-largest airport system. Plus, the state’s airports are among the best and the largest ones in the U.S. They are highly technological, convenient, and have an economic output of nearly $41 million.

The total traffic from all Illinois airports is around 51 million passengers per year, which contributes a generous 6% to all traffic in the U.S.

International airports in Illinois work with such foreign airlines as Air Canada, Aer Lingus, Aeroméxico, Air France, and many others. American airlines that serve flights in most airports of the state are United Airlines and American Airlines. The low-cost carriers that fly out of Illinois are JetBlue Airways, Southwest Airlines, Sun Country Airlines, and others.

In 2013, airports in IL served around 42 million passengers. Chicago’s O’Hare International Airport (ORD) is among the top 10 airports in North America and the top 25 in the world when it comes to the amount of transported cargo. It has around 1.5 million tons of air cargo every year. Goods passing through Chicago’s O’Hare International Airport can be delivered to more than 200 cities across the country and around the world via 40 passenger airlines and dozens of cargo carriers. As you can see, this airport is a major supply chain hub.