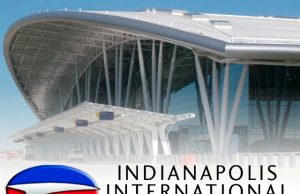 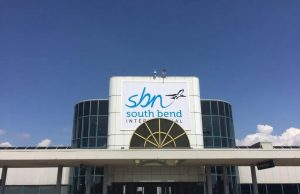 What Airports are There in Indiana?

The smallest airport on the Indiana airports map is Evansville Regional Airport (EVV), with a passenger count of around 228,000.

The total air traffic from all airports of Indiana is 5.6 million passengers annually. This accounts for 0.56% of all air traffic in the U.S.

At the passengers’ disposal, there are more than ten airlines that serve major airports in Indiana. Some of them are as follows:

The foreign airlines that operate in the airports of Indiana:

Here is the list of the most popular destinations in Indiana airports:

Aviation is very important for business, agriculture, and tourism in Indiana. The main task of aviation in the state is to encourage the development of aeronautics and the building of new airports. They are the source of income for plenty of companies. Indiana airports create 69 thousand jobs and have around $14 billion of the outcome, allowing them to compete in a global economy while also supporting the economic prosperity of small communities.

The Indiana Aviation Hall of Fame was established in 2020. It’s dedicated to the prominent figures that have contributed to the state’s aviation legacy. Its main purpose is to immortalize the outstanding achievements of the people who made them possible. The Indiana Aviation Hall of Fame is a non-profit organization. It is governed by a board of directors and is funded by tax-free membership fees and dues.

Lt. Paul Baer and Art Smith were Indiana aviation pioneers. Lt. Paul Baer was born in 1893. He served as a fighter pilot in 1917 in the Franco American Flying Corps. In 1918, he was imprisoned for eight months. He was awarded the CROIX de GUERRE with Palms as he brought down eight enemy planes. In 1919, he became a test pilot in Fort Wayne (his hometown) and also worked as an inspector in the Aeronautics Branch of the Department of Commerce.