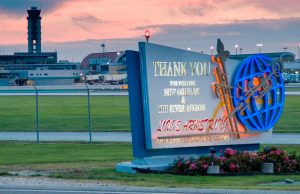 What Airports are There in Louisiana?

There are 81 public airports in Louisiana, 7 of them commercial, and 3 international. In addition, there are 174 private airports and 221 helipads.

Top 5 of Major Airports in Louisiana

Which airlines fly to Louisiana?

The major airports in Louisiana are served by the following airlines:

According to statistics, the most popular destinations of Louisiana airports are the following:

The Louisiana Department of Transportation and Development (DOT) has developed the Louisiana Aviation System Plan (LASP) to guide the state’s airport planning activities. Louisiana airports are the main economic catalysts for the state and the communities they serve. They support vital transportation services for all citizens of the state, regardless of whether they use the air transport system directly or benefit indirectly from delivering parcels and goods, visiting family and friends, or improving the quality of life.