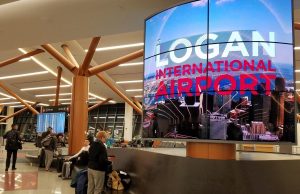 How Many Airports are There in Massachusetts?

The state owns 39 public and 32 private airports. Eight of all Massachusetts airports offer regular scheduled commercial and charter flights. They are well-maintained and have friendly service, so you can be confident in the comfort of your flight.

Logan International Airport (BOS), located in Boston, is the only airport in the state that can compete with large airports in the United States in terms of passenger traffic. It handles the majority of domestic and international flights in the state. There are no other international airports in Massachusetts besides this one. It receives more than 20 million passengers per year. Its on-time arrival performance is 74.04% compared to 79.99% of the average in the U.S. The on-time departure rate is 76.41%, while the average in the United States is 81.56%.

The other airports in the state ensure regional and domestic flights and have low traffic volumes. The smallest airport is New Bedford Regional Airport (EWB). It has fewer than 8 thousand passengers a year.

Airports in Massachusetts work with more than 40 airlines. The foreign airlines include:

The following are some of the most popular American airlines that fly into the state’s airports:

Boston is the most popular airport destination at MA airports (97% of all searches on the web). Other popular vacation spots include:

The Massachusetts Airport Management Association (MAMA) is a non-profit organization founded in 1972 with an intention to develop aviation and protect the interests of the aviation community in the state. There were only a few members at first, but MAMA now includes managers from Massachusetts’ 37 public-use airports, as well as regional members of the Federal Aviation Administration and suppliers who provide services and materials to the aviation community.

Today, MAMA is a powerful organization that has made a great contribution to aviation in the state. It protects the regulatory and legislative interests of aviation and airports in MA at the federal level. MAMA has a very positive influence on decisions related to aviation at the government level.