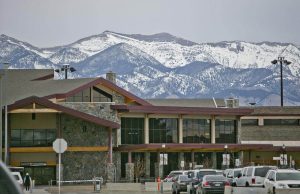 What are the Major Airports in Montana?

The following Montana airports are considered major, for their size, passenger traffic, hub capacity, and the number of destinations:

How many airports are there in Montana?

There are 123 airports in Montana, out of which six airports are international. Currently, all state airports serve domestic connections. The flights are scheduled on a year-round and seasonal basis. In 2019, over 4 million passengers passed through Montana’s major and regional airports.

There are eight airlines offering flights to and from the MT-based airports, three of which are major corporations and five of which are regional.

There are three airlines with the highest passenger traffic connecting major airports in Montana with other states:

Regional flights to and from airports in MT are served by the following airlines:

Regional airlines are present both in big (BZN) and small (SDY) Montana airports. They frequently provide convenient flights away from major hubs. For example, you can get from Phoenix to BZN airport with Allegiant Airlines, or have a quick flight from Sidney-Richland Municipal airport to Billings Logan with Cape Air. The latter uses the BIL airport as a hub for flights to and from five Montana cities.

As Montana is well known for its picturesque landscapes, aircraft rental services are highly popular in the airports in Montana. The service is offered by private aircraft owners. The services include panoramic flights as a passenger and as a pilot (if you have a pilot license). Some of the airports rendering this service are Kalispell city airport, Ennis-Big Sky (EKS), and Hamilton (6S5) airports.