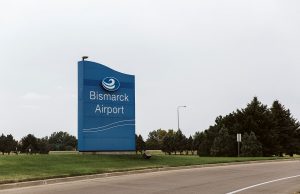 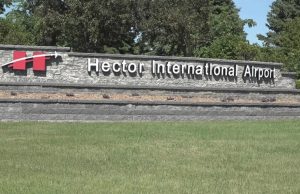 How Many Airports are There in North Dakota?

North Dakota airports are passenger-friendly and can ensure convenient flights. There are 173 public and 89 private ones. Currently, eight of the state’s small hub and non-hub airports offer daily scheduled flights.

The state possesses five international airports. However, they don’t receive international flights but feature custom services at their terminals. The biggest of them is Hector International Airport (FAR), having around 429 thousand passengers per year. Its on-time arrival performance is 81.39%, and on-time departure performance is 83.95% which is better than the average in the U.S. (81.56%). The two other major airports in North Dakota are Bismarck Municipal Airport (BIS) and Minot International Airport (MOT). Together, they handle the majority of air traffic in the state.

The smallest airport of the state is Devils Lake Regional Airport (DVL), having less than 7 thousand passengers per year.

All North Dakota airports welcome around one million passengers every year, contributing 0.12% to the total air traffic of the country.

Airlines That Fly to North Dakota

Airports in ND work with both large and small low-cost airlines. Here is a list of the most popular of them:

According to flight searches on the web, the most sought-after destinations in the ND airports are as follows:

North Dakota’s aviation history begins in Grand Forks. After the very first historic flight, performed by Wright Brothers in 1903 in North Carolina, the whole country seemed to be obsessed with aviation. After Wright Brothers founded their own schools for pilots, Grand Forks leaders invited one of the school’s pilots, Archibald Hoxsey, to fly at the Grand Forks summer fair. His arrival and flight became crucial for the region’s aviation development because it was the first flight in North Dakota. A year later, Thomas McGoey, native North Dakotan, became the first one in the state who piloted an airplane. After World War I, aviation in the state became even more popular when professional pilots came back to the U.S.