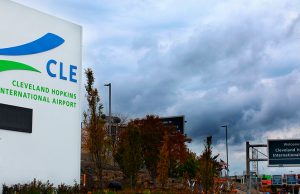 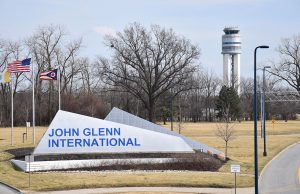 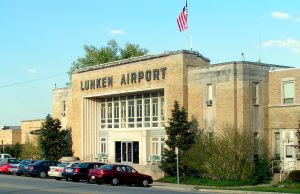 How Many Airports are There in Ohio?

Ohio is the 34th largest state by land area in the United States, yet it boasts a thriving aviation sector. There are over 170 airports with unrestricted public access, 8 of which provide commercial flights on a year-round basis. Three passenger-bound Ohio airports have international status, while the traffic of foreign destinations has been minimized significantly during 2020. Only Cleveland Hopkins (CLE) and John Glenn Columbus (CMH) airports served flights to Cancun that year. Meanwhile, Ohio has general aviation airports that provide international flights as well. Such are Akron Fulton International Airport (AKC) and Rickenbacker International Airport (LCK) having their own customs control checkpoints.

Cleveland Hopkins International Airport (CLE) is the busiest in OH, with the travelers’ volume exceeding 4M in 2020. Despite the size and the daily load, the hub has good precision indicators: 79.01% for incoming flights and 82.18% for departing ones. Its official reliever, the neighboring Cleveland Burke Lakefront Airport (BKL), rounds up the list on another end. BKL had about 10,800 enplaning and deplaning passengers in 2020. Passenger traffic of all airports on the Ohio map accounts for 1.2% of all the air passengers flying annually to and from U.S. destinations. In 2020, this number was slightly over 10M, while in 2019, CLE and CMH airports together welcomed over 18M travelers.

The majority of airports in Ohio belong to regional ones and serve only domestic connections. Even the list of destinations of international OH airports includes 1-2 cities (like Cancun and Toronto) from neighboring countries.

However, many of the OH airports are connected with multiple foreign destinations through a one-stop connection. In this way, you can reach Great Britain, Italy, Beijing, Tokyo, and other major Eurasian hubs.

The OH airports are not as congested as those in other states, and they have a convenient infrastructure. You can navigate through them and easily get on a plane or to another airport/city. For these merits, they are often chosen for non-direct international flights to and from the States.

While niche airlines like Sun Country Airlines and Breeze Airways operate in many airports in Ohio, the most passenger traffic to/from the state belongs to major ones:

Ohio offers a number of notable tourist destinations. The following are the most commonly visited OH locations via air:

The Association unites over 500 members representing 75 OH airports as well as various aviation-related enterprises and institutions. The OAA was formed in 1965, initially as an airports association and has increased its scope since then. Members of the Association now come from airport management, educational institutions, engineering firms, and include aviation enthusiasts as well. The OAA is a non-profit organization that is supported by a membership fee. Many Association activities are performed by volunteers.

The OAA serves as the information and advocacy platform for its members, media, legislators, and the general public. It promotes the impact of aviation and airports as considerable economic contributors. The Association organizes conferences and educational events as well.