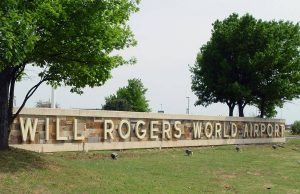 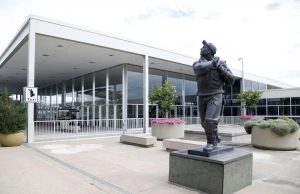 How Many Airports are There in Oklahoma?

The state of Oklahoma has 146 public-use airports. They offer flights to the United States cities, as well as international destinations. However, among all the Oklahoma airports, only Tulsa International Airport (TUL) is an international one. The most important regional airports are located within the biggest cities of the state: Oklahoma City, Enid, Lawton, and Ponca City. The state has four heavy-traffic airports that offer daily flights in the state. The most popular of them are Will Rogers World Airport (OKC) and Tulsa International Airport (TUL).

Will Rogers World Airport (OKC) (based in Oklahoma City) is the largest one on the Oklahoma airports map. It welcomes more than 2 million passengers annually and has great on-time arrival (78.13% compared to the average index of 79.99% in the USA) and on-time departure (83.21% in comparison with 81.56% USA average index) statistics. The smallest airport is Stillwater Regional Airport (SWO), with around 27 thousand passengers.

With a total count of 3,653,023 passengers per year, state’s airports account for 0.42% of total air traffic in the United States.

Airlines That Fly to Oklahoma

The following are the top ten airlines that serve Oklahoma airports:

Based on total searches on the web, the most popular destinations in the major airports in Oklahoma are the following:

The first airplane flight in Oklahoma state was made in 1910. It took place in farmland in Oklahoma City, which is also considered the state’s first improvised airport because aviators used any flat land as a runway at the time.

The earliest real airport in the state is Post Field Airport (now called Henry Post Army Airfield), situated at Fort Sill. In truth, it was a piece of ground that was only marginally suitable for aviation needs. The first airport with hard-surfaced runways appeared only in the late 1920s.

The first municipal airport was built near Oklahoma City in 1920. In Tulsa, the airports started to appear in 1919. The first one was formed by Duncan Mclntyre (military barnstormer). This airport became very popular among oil field workers from Tulsa. Thanks to them, it even became the busiest in the world in 1928. During the first months of operation, it had over 70 thousand passengers, which is an astounding amount for the first half of the twentieth century. It even outscored airports in Paris, Berlin, and London in Europe.

Many public-use airports have sprouted up since then. Airports were built in Guthrie, Ponca City, Chickasha, and other cities in the late 1930s.

After World War II, most military training bases were converted into passenger airports (for example, airports in Norman and Ardmore). Modern airports in Oklahoma began to appear at the beginning of the jet age.