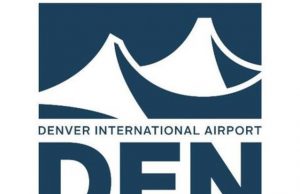 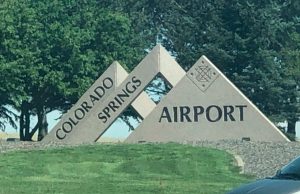 How Many Airports are There in Colorado?

Colorado has 265 airports, 79 of which relate to the public sector. The state has a single international airport (Denver International Airport). Currently, it’s one of a few airports in the US, serving international flights. It’s also the biggest of airports in Colorado serving 69 million passengers annually (as of 2019). However, among smaller airports, some also serve as local hubs. Most airports can accommodate multiple aircraft types and sizes, making them popular with private plane owners.
In terms of the number of passengers landing and departing at Colorado airports, the state accounts for 3.89 percent of total air travel in the United States.
The list of the major airports is the following:

It is common for even small Colorado regional airports to have 3 or more airlines. However, if the airport handles less than 100,000 passengers annually, there can be 1 or 2 airlines.
The following are the most common airlines serving CA airports:

The Colorado Nonprofit Corporation was established in 1972. This organization initiated the Colorado Pilots Organization. It consists of pilots performing flights to and from airports in Colorado (private and public ones) and counts over 700 members. The key activities of the association include:

Founded in 1929, Denver Municipal Airport became one of the first commercial airports in Colorado. Until 37, the airport was primarily used for mail delivery. However, in 1937, two commercial airlines (United Airlines and Continental Airlines) launched their flights to and from Denver Airport. Continental Airlines relocated its headquarters from El Paso to Denver in the same year. In 1944, the airport was renamed Stapleton.
In the postwar period, Stapleton Airport grew rapidly. Until 1954, the airport extended and then replaced the original building. Five airlines operated daily flights to several US destinations.
In 1946, the airport was the first among Colorado airports to receive the designation «international», as it was intended to start international flights. The first international non-stop flight was in 1968 from Stapleton to Calgary.
Due to multiple problems (the major one was the absence of space to handle more airlines and too narrow space between the runways) the airport was closed and marked with yellow «X» in 1995. The new Denver International Airport took over its IATA codes and operating airlines.

The Wings Over the Rockies Air and Space Museum first opened its doors in 1994, originally in a single hangar of a former AFB, and then made an official site by the Colorado State in 1997. Based in Denver, Colorado, the museum preserves 50 aircraft (dating between 1939 and 1990) and other artifacts of the Lowry Air Force Base. Among the aircraft, there are 33 ones exhibited (20 military, 13 civilian).
The museum has its own archives as well as a library. The total area of the museum is 182,000 sq ft. It also has another exhibition platform called «Exploration of Flight» that is located at the Centennial Airport.