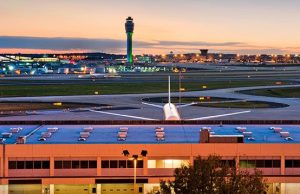 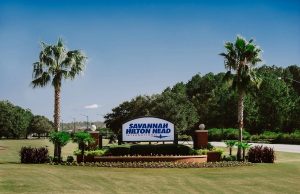 How Many Airports are There in Georgia?

While the number of public airports in Georgia (109 airports) is comparable to that of other states, the passenger traffic of GA is the highest across the country. For 8 airports operating scheduled commercial flights, it made over 53 M people during the year 2019, which accounts for 6.26% of all air travelers in the United States.

Georgia airports produce significant revenue for the state, reaching $73.5 billion per year. Over 450,000 jobs are generated by the airport sector, with the yearly payroll reaching $20 billion. The state has one large hub, one medium hub, one small hub, and many non-hub airports.

The biggest share of the air passenger traffic, aircraft operations, and income belongs to Hartsfield—Jackson Atlanta International Airport (ATL). In 2019, its air travelers’ number was 110M, and the airport ranked first on the world’s list of busiest airports. In 2020, it lacked 1 M passengers to preserve this position, which was transferred to Guangzhou Baiyun International Airport (CAN). The smallest commercial airport on the Georgia airports map is DeKalb—Peachtree Airport (PDK). Every year, around 3,000 passengers travel through the PDK gates.

The majority of Georgia airports work for domestic connections operated by U.S. airlines. The following carriers can bring you to and from GA:

Foreign airlines sending their aircraft to and from ATL are as follows:

The most popular cities in GA are quite large and usually have their own airports. However, the high passenger volume of airports in Georgia can be attributed to them serving as a connecting point to get to another destination. Here’s the list of the popular destinations in Georgia:

Georgia has been a center of aviation development since the first flight in 1907. The state ranks No. 1 on the list of the most attractive places for the aerospace industry in the USA. For manufacturers and aircraft maintenance companies, it offers a big market (considering the number and business of Georgia airports), average and low cost for spare parts, rent, as well as a business-friendly environment. Over 100,000 jobs are generated by GA aerospace manufacturing sector.

Georgia’s sceneries and geographic coordinates (it belongs to the Southeast space cluster) make it a suitable platform for the space industry. According to NASA, it is on the list of areas suitable for satellite launch and has been used for various rocket experiments since the 1960s.