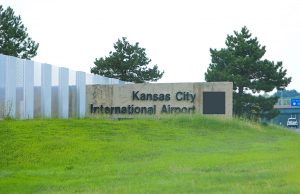 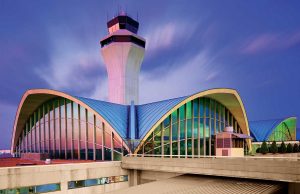 What Airports are There in Missouri?

St. Louis Lambert International Airport (STL) is the state’s largest and busiest one, with 6.7 million passengers per year. Its on-time performance is 80.92 percent, while the national average is 79.99 percent. On-time departure performance is lower than the national average: 77.6% vs. 81.56%. The smallest one in the state is Kirksville Regional Airport (IRK) (5 thousand passengers per year).

In total, all the airports in the state handle around 14 million travelers every year, accounting for 1.64% of total air traffic in the U.S.

Apart from Air Canada, most Missouri airports are served by U.S.-based airlines. These are their names:

According to statistics of flight searches, the most popular destinations in the Missouri airports are as follows:

Aviation in Missouri has a rich history. It all started in 1927 when Charles Lindbergh flew from Richards Field in Raytown to the Peninsula Field in Kansas City. This marked the beginning of the aviation era in Missouri. Lindbergh thought that Kansas City could become the most important hub in the U.S., thanks to its central location. And it truly was in 1931 when Transcontinental and Western Airlines (now known as TWA) established their headquarters in Kansas City.

Charles Lindbergh and Lou Holland (President of the Kansas City Chamber of Commerce) contributed to the construction of the New Richards Field airport, which was one of the best in the country at the time (now it’s called «Charles B. Wheeler Downtown Airport»).

St. Louis Lambert International Airport (STL), the biggest among the major airports in Missouri, is named after Albert Bond Lambert, a prominent aviator from St. Louis who served in the U.S. Army during World War I and was promoted to Major. He worked tirelessly his entire life to make his hometown the center of aviation in Missouri that it is today. In 1920, Major Lambert and the Missouri Aeronautical Society rented 170 acres of farmland. Later, it became known as St. Louis Flying Field. In 1923, it was renamed «Lambert St. Louis Flying Field.» Now it is known as the St. Louis Lambert International Airport.