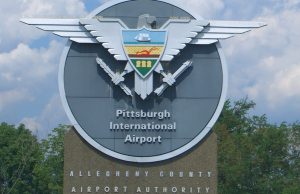 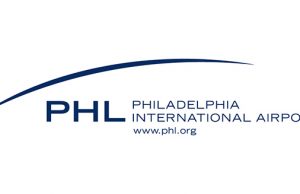 How Many Airports are There in Pennsylvania?

In Pennsylvania, air travel is very popular. Between 20 and 60 M people take a flight to or from Pennsylvania-based destinations during the year. This corresponds to 2.5% of all the air travelers arriving or departing at U.S. airports. Such a load prompts the creation of the developed network of Pennsylvania airports. Presently, there are over 600 airfields in the state including 124 airports opened for public use. There are also more than 500 private airfields for airplanes and helicopters.

Two-thirds (about 40 M travelers) of all Pennsylvania air traffic is handled by two major airports: Philadelphia International Airport (PHL) and Pittsburgh International Airport (PIT). The state has 9 hubs rated as «large», «medium», and «small.» PHL is the airport with the largest traffic (over 15 M air travelers annually) and territory. However, its timings are below average U.S. ones. 76.41% of arrivals and 77.69% of departures are performed on time at the airport. John Murtha Johnstown–Cambria County Airport (JST) takes the opposite position on the list of biggest airports in Pennsylvania. JST sees a lot of military aircraft activities but also provides commercial service through a single airline. Its annual traffic is about 4,000 passengers.

Among carriers sending their aircraft to airports in Pennsylvania, there are both local and international companies:

On the Pennsylvania airports map, the majority of popular destinations are located in the East. The list of destinations goes as follows:

The history of PA aviation counts for over 100 years now. The state’s economy is greatly influenced by aeronautics, which generates about $23.6 annually. Over 300,000 jobs are connected with aviation in PA. Among the U.S. states, Pennsylvania takes 11th position by the number of aviation facilities including heliports and seaplane airfields.

The boost of aviation in PA started immediately after the Wright brother’s flight in 1903, with inventors and enthusiasts working out and testing new aircraft designs. In the 1910s, the first airfields were built in the state. In the 1930s, the Piper Aircraft Corporation was founded by William T. Piper on the basis of the former Taylor Aircraft Company. The production was moved to Lock Haven, where the world-famous J-3 Cub was manufactured.

During World War II, the state was a polygon for pilots who trained on bomber and fighter aircraft. Multiple training bases were opened across PA including Pittsburgh Air Reserve Station.

After the war, PA aviation continued to expand, with Pennsylvania airports accepting record numbers of air passengers. Philadelphia and Pittsburgh airports became the primary hubs: PHL served for European flights, and PIT was used as a domestic hub. All airports featured considerable expansion until the 2000s, when the September 11th events reduced demand for flights.

After 2001, the industry development began to flourish again, with airports being constructed and extended with new terminals and facilities. Traffic increased steadily until the Covid-19 epidemic in 2020.