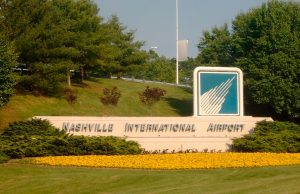 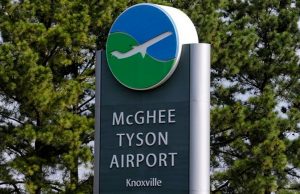 How Many Airports are There in Tennessee?

Officially, 83 Tennessee airports can be used by the general public. Still, there are only 5 ones that provide commercial service on a non-stop basis. The major airports are located throughout the state, making it easy to reach any place in Tennessee you may have planned as your final destination. The total annual passenger volume is about 12 M people or 1.4% of all air travelers in the U.S.

Nashville International Airport (BNA) is the first on the state list with 8 M visitors taking off or landing there during the year. Despite being extremely busy, the airport’s arrivals are on time, with an index of 79.97 percent. As for departures, small delays can occur, reducing the airport’s precision numbers to 78.62%. McKellar—Sipes Regional Airport (MKL) rounds out the list of popular airports on Tennessee map, with 5,000 air travelers’ arriving and leaving during the year.

The distribution of the airlines’ activity at Tennessee airports is different for major and less busy airports. In major TN airports:

Nashville takes top position on the search list for airports in Tennessee, with a 75% share of total inquiries for TN destinations. Knoxville is ranked second with a 12% share. Memphis follows getting 10%. 4% of searches mention Chattanooga, and Blountville is mentioned in 2% of searching requests.

After the creation of the Division of Aeronautics in 1929, Tennessee’s aviation industry took off fast. The main task of the Division was to maintain and develop airfields and boost aviation growth. The same year, Sky Harbor Airport was built. For the following ten years, it served as the primary commercial airport.

In 1935, a growth of demand for travel and cargo shipping propelled the Nashville community to build a larger airport that could handle the aircraft with a bigger capacity. Memphis developed swiftly, too. It had 30 airlines in 1940 and twice larger terminal capacity by 1980. Besides, a new runway was built to ensure the landing and take-off of bigger aircraft.

The period after WWII has become the golden one for airports in Tennessee. 130 new airfields appeared by the end of the XXth century. The modern Aeronautics Division has licensed 74 GA/public airports and 142 helicopter ports.