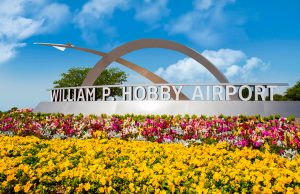 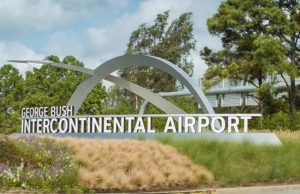 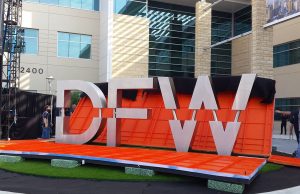 How Many Airports are There in Texas?

Large distances and developed business routes are responsible for the growth of airports in Texas. There are 730 of them, putting Texas in second place among all U.S. states in terms of the number of operational airports. Out of those, 393 facilities are open to the public. The total air traffic of Texas accounts for 10% of the US traffic, with over 86 M passengers flying to and from the state each year.

Dallas/Fort Worth International Airport (DFW) is the primary airport in Texas. For many years, it has been ranked #1 in the state by its size and popularity, #2 across the US, and belongs to the top 10 in the worldwide rating. Its passenger count was 75 M in 2019 and 9 M in 2020. Its timings are close to the average in the US, making 78.63% precision for arrivals and 77.75% for departures. DFW takes over 28 square miles of territory and serves as a primary hub for the world’s biggest airline—American Airlines.

Among the airfields with the Texas airports code, there are two large hubs, four medium hubs, seven small hubs, and dozens of nonhub ones. The smallest public airport in TX is East Texas Regional Airport (GGG), with passenger volume reaching 24,588 air travelers annually.

The Aviation Division of the Texas Department of Transportation works out and implements financing programs for airports listed in TASP—Texas Airport System Plan. Currently, there are 300 reliever and GA Texas airports on the list. The funds’ origin is both federal and state-bound, and the Division assists in their distribution among airports in accordance with the Plan.

A separate federal program promoted by the Division is the State Block Grant Program initiated by the FAA (Federal Aviation Administration). It’s aimed at the development and improvement of general aviation airports.

Another task of the Aviation Division is operating state-owned aircraft and managing air transportation for officials and personnel who represent the state.

The Texas aviation development began with balloon flights in the 1860s. There are also some records of Jacob F. Brodbeck’s winged machine flight in 1865, which became a local legend but was never proven. The first confirmed flight on the airplane in Texas was performed by Louis Paulhan in 1910. The same year, L.L. Walker from Houston became the first Texan to build and fly an airplane. Until the beginning of World War I, several aviators and their machines became well-known, including two women pilots, for their experiments with the aircraft design and flights performed.

In 1910, the military aeronautics started in Texas, with the establishment of the 1st Aero Squadron (it consisted of nine airplanes). A few years later, in 1917, the first flight school was opened in San Antonio. During wartime, Texan aviation developed swiftly. In 1915, the first Texan airport, Decatur Municipal Airport, was opened.

The commercial service from airports in Texas started in 1925 with the mail delivery flight. The passenger flights followed soon, with Dallas being the primary airfield.

Another important branch of Texas aviation had become general aviation, primarily for agricultural activities. First crop dusters flew in the 1920s, while the rapid development started in the post World War II (after 1945) period. The expansion of commercial passenger and cargo transportation by air was also prominent. Airports were built and further developed making Texas one of the leading landmarks in U.S. aviation.