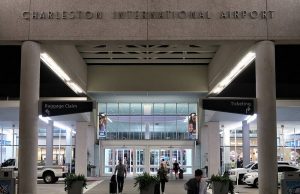 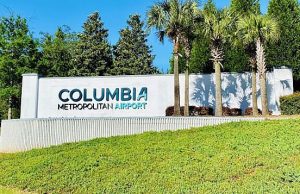 How Many Airports are There in South Carolina?

Though the state isn’t big and has travel-friendly landscapes, air transportation is quite popular in South Carolina. The state has 66 airports accessible by the public that are unevenly distributed in terms of passenger flow. There are no large or medium hubs among South Carolina airports, although the majority of them are visitor-friendly and feature a high level of aviation development. Presently, only six major airports within the state provide year-round service. Other airports serve seasonal and private flights.

Meanwhile, even the smallest airports in South Carolina have considerable passenger traffic. Florence Regional Airport (FLO) with a volume of 15,552 air travelers is the least busy one. However, the top airport of the state—Charleston International Airport (CHS)—served below 2 M passengers in 2020. At the same time, the CHS’ timings are below the average level across the States. The precision of departures is 80.13% and arrivals—78.69%. The overall number of passengers passing through airports in South Carolina is around 5.2 M, which corresponds to 0.6% of the total U.S. air traffic.

What Airports are in South Carolina?

With domestic destinations having the priority in 2020, it’s no surprise that US-based airlines became the major carriers in South Carolina. There are both major carriers like United, Delta, American Airlines, and niche ones like Spirit, Frontier, and Sun Country. The international carriers’ share is represented by Porter Airlines.

Most Popular Destinations in South Carolina

The following destinations and airports represent the most frequent flight searches to SC, according to online search websites:

Based in Charleston, South Carolina Aviation Association (SCAA) unites the regional and international airports in South Carolina, flight schools, pilots, and other organizations connected with aviation in SC. The Association disseminates information on different aspects of state aviation and its airports and promotes the airports’ development. It’s also an important source on the current aviation state for legislators and congressmen.

The SCAA promotes the development of airports and their accessibility on the state legislative level. Its information board provides up-to-date data regarding current aviation legislation and rules adopted at the airports and on board aircraft. The Association hosts a variety of activities (educational courses, conferences, etc.) to raise public awareness of South Carolina aviation.